Get a touch of Sand-covered Nida history while canoeing by the highest in Europe Gliders Dune together with our guide!

We will take you where it is forbidden to walk for people and will give you a closer look at the outer Schengen boarder between Lithuania and Russia.

After landing on the coast, you will walk on the soft sand further into Parnidžio dunes where you will hear stories about Nida Gliders School which was famous in all the world inh between wars period, about the world Glider's record, about a stone-age settlement and a secret Death valley.

By the way, did you know that Nida is formed out of three villages? That present Nida is now in its third location, other two are deeply down under the sand?

You will learn all of this together with other interesting facts about the Curonian Spit, it's settlements and shifting dunes during this canoeing and hiking  2,5 hour trip.

If you allow - we will become your bridge between the past and the present! 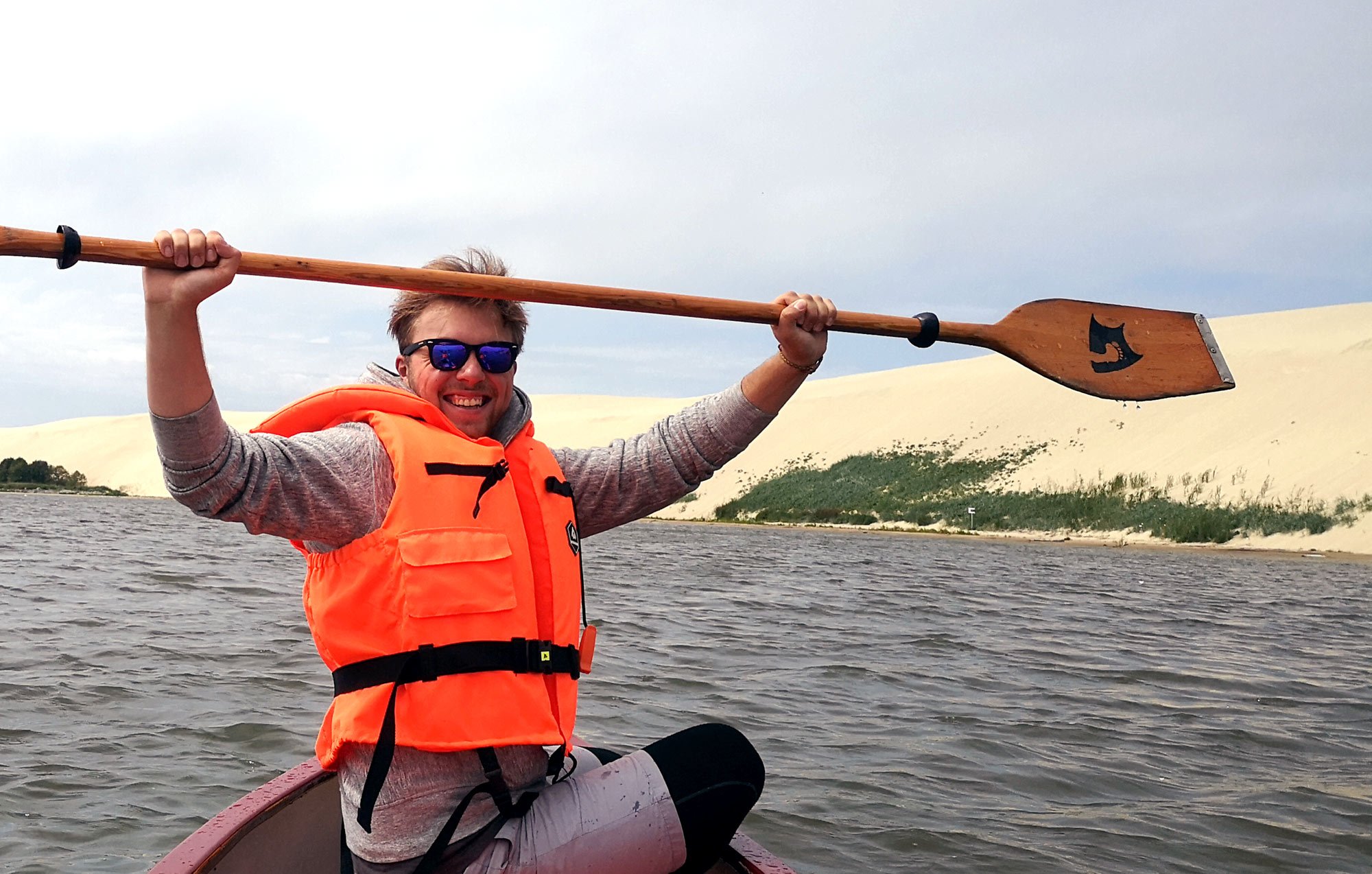